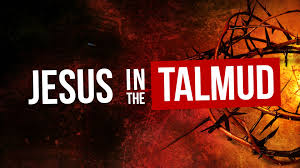 ➔ See also Recommended Reading: The Bible, the Talmud and the New Testament by Elijah Zvi Soloveitchik’ s Commentary to the Gospels.

Yeshua in the Talmud

Contrary to many popular opinios, the Talmud does not contain criticism towards the historical Yeshua (Jesus) of Nazareth. Some have sought to link him with a Yeshu Hanotzri, who is said to have practiced magic and sought to lead Israel astray (Sotah 47a and Sanhedrin 107b, but censored in contemporary texts). But a formost historian of the Rabbinate, the twelfth century Abraham ibn Daud, wrote (Sefer HaKabbalah, Jewish Publication Socety Edition, pg.15) that we possess a true tradition (Kabalat Emet) that this Yeshu Hanotzri lived during the reign of Alexander Yannai (died 76 B.C.E), and had been a disciple of Yehoshua ben Perachiah, thus making it impossible for him to have been the (so-called) founder of Christianity. This tradition is also given by Nachmanides [the Ramban] (Vikuakh HaRamban, Mossad Edition, pg.306). R Yehiel Heilprin, the seventeenth century historian, lists two Yeshu Hanotzris, the first being the earlier conroversial disciple of Yehoshua ben Perachiah who lived during Yannai’s reign, and the second as the founder of Christianity (Seder Hadorot, pp.147,148 and 151).

Some have tried to link Yeshu with a magician named Ben Stada, but Rabbi Yaakov Tam – the eminent Tosafist and grandson of Rashi – dismissed this (Shabbat 104b), as he lived during the second century.

In the Disputation of Paris, Yechiel of Paris conceded that one of the Yeshu stories in the Talmud referred to Jesus of Nazareth, but that the other passages referred to other people. In 1372, John of Valladolid, with the support of the Archbishop of Toledo, made a similar accusation against the Jewish community.

Moses ha-Kohen de Tordesillas argued that the Yeshu narratives referred to different people and could not have referred to Jesus of Nazareth – (Berger, David, 1998, “On the Uses of History in Medieval Jewish Polemic against Christianity: The Quest for the Historical Jesus”).

“It is well known that when R. Yehiel of Paris was confronted in 1240 with the argument that the Talmud should be banned partly because of blasphemies against Jesus, he maintained that the Jesus of the Talmud and the Jesus of the Christians are two different people.…Whatever one thinks of the sincerity of the multiple Jesus theory, R. Yehiel found a way to neutralize some dangerous rabbinic statements, and yet the essential Ashkenazic evaluation of Jesus remains even in the text of this disputation.…In the fourteenth century, Moses ha-Kohen de Tordesillas made much stronger use of the theory of two Jesuses in defending Judaism and the Talmud against renewed attack.”

Asher ben Jehiel also asserted that the Yeshu of the Talmud is unrelated to the Christian Jesus (Tosafot HaRosh (Sotah 47a)).

Somer Rishonim, namely Rabbi Jacob ben Meir (Rabbeinu Tam), Nahmanides, and Jehiel ben Joseph of Paris explicitly repudiated the equation of the Yeshu of the Talmud and Jesus. Menachem Meiri observed that the epithet Ha-Notzri attached to Yeshu in many instances was a late gloss.

Rabbi Jacob Emden’s (the Ye’evetz) writings also show an understanding that the Yeshu of the Talmud was not Jesus.

During the disputations the representatives of the Jewish communities offered various defences to the charges of the Christian disputants. Notably influential on later Jewish responses was the defence of Yechiel of Paris (1240) that a passage about an individual named Yeshu in the Talmud was not a reference to the Christian Jesus, though at the same time Yechiel also conceded that another reference to Yeshu was. This has been described as the “theory of two Yeshu’s” though Berger (1998) notes that Yehiel in fact argues for three Yeshu’s.[1] This defence featured again in later Jewish defences during the medieval period, such as that of Nachmanides at the Disputation of Barcelona, though others such as Profiat Duran at the Disputation of Tortosa did not follow this argument.[2]

Amy-Jill Levine notes that even today some rabbinical experts do not consider that the Talmud’s account of Jesus’ death is a reference to the Jesus of the New Testament.[3] Gustaf Dalman (1922),[4]Joachim Jeremias (1960),[5] Mark Allen Powell (1998)[6] and Roger T. Beckwith (2005)[7] were also favorable to the view the Yeshu references in the Talmud were not to Jesus. Richard Bauckham considers Yeshu a legitimate, if rare, form of the name in use at the time, and writes that an ossuary bearing both the names Yeshu and Yeshua ben Yosef shows that it “was not invented by the rabbis as a way of avoiding pronouncing the real name of Jesus of Nazareth”[8]

Scholars debate whether the Talmud provides any evidence of Jesus as a historical individual. Van Voorst (2000) describes this as a spectrum of opinion:

On one side stand Johann Maier (1978) and those broadly sympathetic to his conclusions such as John P. Meier and Jacob Neusner. Maier discounts accounts with no mention of the name Jesus, and further discounts those that do mention Jesus by name, such as Sanh. 43a and 107b, as later medieval changes.[9] Arguments against the current form of Talmudic references to Jesus being evidence of a historical individual include contextual evidence, such as chronological inconsistencies, for example the original contexts of accounts in the Tosefta and Talmud take place in different historical periods. Maier also views that the tradition first seen in the writings of Celsus can not be regarded as a reliable reference to the historical Jesus.

On the other side stand scholars such as Joseph Klausner (1925), following R. Travers Herford (1901) and Bernhard Pick (1887), who believed that the Talmud gives some insight into Jesus as a historical individual.[10] Some of these researchers contend that the Talmud’s importance and credibility as an early source lies in the fact that it gives the “opposition view” to Jesus, and they have used the Talmud to draw the conclusions about the historical Jesus, such as:

Robert E. Van Voorst, Jesus outside the New Testament: an introduction to the ancient evidence, Wm. B. Eerdmans Publishing, 2000. pp 111–120

1: Berger D. On the Uses of History in Medieval Jewish Polemic against Christianity: The Search for the Historical Jesus. In Jewish History and Jewish Memory: : essays in honor of Yosef Hayim Yerushalmi 1998 p33

3 – Amy-Jill Levine. The Historical Jesus in Context, Princeton University Press, 2008, p. 20. “Similarly controversial is the Babylonian Talmud’s account of Jesus’ death (to the extant that some Rabbinic experts do not think the reference is to the Jesus of the New Testament!)”

6 – – Mark Allan Powell, Jesus as a Figure in History: How Modern Historians View the Man from Galilee, Westminster John Knox, 1998, p. 34. “Scholars debate whether there may be obscure references to Jesus in some of the collections of ancient Jewish writings, such as the Talmud, the Tosefta, the targums, and the midrashim… ‘On the eve of Passover, they hanged Yeshu [= Jesus?] and the herald went before him 40 days… (Sanhedrin 43a).”

7 – Roger T. Beckwith, Calendar and Chronology, Jewish and Christian, Brill Academic Publishers, 2005, p. 294. “… the rest of the baraita, which states he was first stoned, and that his execution was delayed for forty days while a herald went out inviting anyone to say a word in his favour, suggest that it may refer to a different Yeshu altogether.” footnote citing Jeremias 1966.

8.Jump up – Bauckham, Richard, “The Names on the Ossuaries”, in Quarles, Charles. Buried Hope Or Risen Savior: The Search for the Jesus Tomb, B&H Publishing Group, 2008, p. 81.

10.Jump up – Theissen p 75: “[some authors conclude that the Talmud’s passages] have no independent historical value. In contrast to this, other authors, e.g. Klausner, believe that they can discover at least some old and historically reliable traditions in the Talmud”. Theissen cites Klausner, Jesus of Nazareth, pp 18–46