Back to classical, Constantinian, Trinitarian, Torah adverse, Catholic, Protestant, “free evangelical” Christianity?! No, thank you!
Back to the roots of the pure Christian faith? Yes! See also “Kirche ade!” (Bye-bye Church – currently only in German) .

– Definitions. Naming Conventions.
– What I believe. My Statement of Faith.
– Conclusion. “My Story” (My Story with God).
– Who is Jesus? He is the Messiah!
– Further Pages. Recommended websites or pages. 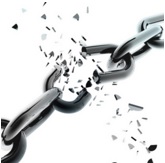 On this page you can read what I believe concerning my faith. Status January 2017. I’m in a learning process which means that this post will be updated when I come to new major findings. I don’t claim to say I’m right in every aspect. All learning is “patchwork”, as Rav Sha’ul, the Apostle Paul, used to say: “For we know in part” (1Co.13:9).

I’m aware of the fact that many Christians will be shocked or disappointed while reading  this article. I need to say that I would also have been shocked about these lines a few years ago. Some will terminate their friendship with me, e.g. on Facebook, but also true relations have broken and will break apart. I must accept this. I know that finally I will have to give account to the Most High – blessed be He (Baruch Hu) – about what I believe and what I communicate.

It is a fact that after more than 30 years “in faith” God has been starting and still is reformatting my “spiritual hard drive”. He started to introduce Himself in a completely new way since 2011. It is fantastic! I simply say: Thank you, Abba!
To answer the question right away about what I am: No, I’m not a (traditional, evangelical or protestant) Christian anymore, nor am I a Jehova’s witness nor a Jew.
I’m a follower of the Messiah, the “unique” son of the Most High!
Or in other words: I’m a “messianic gentile”, a “Goy Mashiach”.
Top of Page
—

The Bible passages below can be read online while clicking the scripture link. Verses are displayed from the “Complete Jewish Bible” (CJB) by David H.Stern and the German “Schlachter 2000” (SCH2000) Bible via Biblegateway.com.
Top of Page
—

.
What I believe. And in Who I Believe.

.
(Again:) Who is Jesus? He is not an angel, and he is more than a prophet.
(See also Which Messiah do you follow?)

.
Conclusion. “My Story” (My story with God)
1982 I “surrendered my life to Jesus”. In the following 30 years I read the Bible as I had been taught by Christian pastor(s). I was taught that I have to confess my sins to Jesus in a prayer … “say YES to Jesus” … “say sorry for all my sins” and – there you go: This would save me from eternal hell. This is what I believed and even what I preached on the street for many years!
2011 God led me onto a new path. He showed me (and is still showing me) His holiness from a completely new side. He showed (shows) me His heart which is the Torah. Yeshua was the “Living Torah”, he lived it 100 percent. And he taught Torah. Nothing else.
The awakening has begun and no one will be able to stop it. No one will be able to stop me.
The final restoration has begun according Acts3:21 (“The Final Restoration”)!

Last but not least: You may ask what Church I belong to today. I don’t belong to a Church anymore. I’m not a Christian anymore. I left Church in September 2014 for good.
From 2014 until 2018 I visited a Jewish Synagogue in Zurich on Shabbat, not on Sunday of course. Since I announced that I had no plans to convert (“make Giur”) to Judaism I was finally accused of “subtle prozelyting intentions” (some Community members visited my website …), these facts resulted in a withdrawal of guest rights. You can see that with my statement of belief I do obviously neither fit into a church nor a synagogue. Anyway.

When will Messiah come? He will come vey soon! It’s not my job to convince Jews that Yeshua is the Messiah. For me Yeshua IS the Messiah. The idea that Messiah will come faster when Jews would “accept” Jesus, is bogus. Messiah will come faster, when all Jews return to Torah! Go to Tel Aviv and see how many people believe in the Creator God and how many follow Torah? It’s a little percentage.  When (more) Jews return to Torah, and when Christians start believing the Torah hasn’t been “nailed to the cross by Jesus”, then time is ready for Messiah’s coming. Moshiach achshav! BS’D.