For more teachings of R. Mendel Kessin go to torahthinking.com.

(Video published 11-NOV-2018) 21st Century #39 | How the Democrats Winning the House is Part of the Redemption Process:

This Shiur talks about why it is good the Democrats won the House of Representatives. It is also another warning for President Trump not to mess up with Israel. It is NOT possible to make peace with the Arabs!
.
Top of page
.
.
—-

This Shiur talks about the corrupt and evil Washington Establishment and the re-establishment of righteousness in the Supreme Court. The video also explains why the spiritually blind world hates Donald Trump and also Brett Kavanaugh .
.
Top of page
.
.
.
.
.
—-

President Trump’s 4th error: He doesn’t take steps against HAMAS but looks for a peace plan with them. Watch the video to understand why.
.
Top of page
.
.
.
.
.
—-

This talk is about the (spiritual) significance of May 12th (Iran Nuclear Agreement) and May 14th (Opening of the U.S. Embassy in Jerusalem) and (HOPEFULLY) the end of Gog and Magog!

President Trump’s 3rd error: He doesn’t take steps against Iran in order to eliminate its threat against Israel (and the whole world). Watch the video to understand why.
.
Top of page
.
.
.
.
.
—-

In this Shiur Rabbi Mendel Kessin talks about the last big war before Mashiach comes. Iran will fight against Saudia Arabia, and also against Israel and the whole world. This was mentioned in the Talmud 2000 years ago, in Yalkut Shimoni Isa.60, page #499. Kessin also refers to a great article of Caroline Glick, “Our world: Saudi purges and duty to act“, Jerusalem Post, 6 Nov.2017.
.
Additional information copied from a friend of mine, 2-DEC-2017:
Quote – BIG international, pro-Israel news. Messianic times implications?
It has been reported that next week United States President Donald Trump will go against the flow of every other UN represented nation as he declares that he (the USA) considers an UNDIVIDED Jerusalem to be the capital of Israel. It is also reported that next week or next year he will instruct the US Embassy to be moved from Tel Aviv to Jerusalem. President Trump is saying “Yes!” to God’s will and “No!” to the world’s. This is MAJOR news. It is, in my opinion, yet another indicator that the time of Messiah’s return is near. Hopefully other nations will follow Trump’s lead.
Of course, it hasn’t happened yet and could be delayed. However, there is no doubt that Trump firmly desires this to occur and has been waiting for an appropriate time to enact the change.
Interestingly, rabbi Mendel Kessin has some outstanding discussions in his “21st Century” series on the “Torah Thinking” Youtube channel in which he explains how Trump may be the fulfillment of “the repentance of Esav” (Esau) which is one factor which ushers in the Messiah. Another factor which must occur is the “repentance of Ishmael”, which he feels is NOW also occurring as Arab nations, lead by the newly anointed Crown Prince of Saudi Arabia, who helped form a large Arab coalition, have declared open war upon radical Islam which is represented nationally by Iran. And it is a REAL declaration of war. Inside sources validate that. Saudi Arabia has arrested a LOT of radical clerics and wealthy Saudis who financially support them and has attacked various jihadists strongholds with, of course, US assistance. There is, quite literally, a state of war now existing between Saudi Arabia and its allies vs. Iran and its allies. Amazingly, few people are aware of the profound, unprecedented things that are now ongoing worldwide. The Crown Prince is a realist and pragmatist. He realizes that Saudi Arabia’s future depends upon totally severing any ties with radical Islam. He has also relaxed many oppressive laws, such as now allowing women to drive vehicles and in other ways practice greater freedom. SAUDI ARABIA IS NOW EVEN MOVING TOWARDS AN ALLIANCE WITH ISRAEL AND TO ALLOW RELIGIOUS FREEDOM INSIDE THE SAUDI KINGDOM – JUDAISM AND CHRISTIANITY! That would have been unimaginable just a few years ago. The “final” war, Kessin feels, will be against Iran, and anyone who keeps abreast of current world events knows that could happen any day (North Korea is closely aligned with Iran). The last “repentance” he feels must occur among the “erev rav”, which he feels is the secular Jewish community (basically Hellenists). I’m not so sure about that last prediction. That would be, by far, the most difficult or miraculous event since the vast majority of ethnic Jews are far from God and Torah. […] Note the descriptive term UNDIVIDED Jerusalem. The entire “Palestinian” bogus fiasco garbage led to past US presidents and the world to divide Jerusalem into “Palestinian” and a “Jewish” sectors. The Temple Mount, Bethlehem, etc. are all in the “Palestinian” sector. President Trump says NO!, there is only JERUSALEM and it is one unit, the capital of Israel, and should be recognized as such. Trump is actually an extremely spiritual man who, more than any President in memory, invokes “God” openly and boldly. He doesn’t hesitate to stand with what he feels is God’s will even when it usually means he must stand against the leaders of this fallen world. This may actually lead to war. It will for sure infuriate the “Palestinians”, Islamic fanatics, and globalists who use them as pawns to further their Satanic agenday (most notably in Europe). Most people are too clueless to recognize how truly profound this is. This is a HUGE change. It is also a primary reason for the worldwide demonic hatred aimed at Trump since even while campaigning he openly stated this as one of his primary goals. The world hates the God of Israel, Israel, and anyone who supports them; therefore, the world hates the US President Donald Trump. But God loves what he is doing, and that’s all that matters. Now watch what happens. You will likely see the world, particularly the ultra-crazy and cowardly European socialists, leftists, globalists leaders attack Trump when he takes this step. He will be labeled with all manner of negative terms. […] I hasten to add that moving an embassy is a massive undertaking for a variety of reasons, not the least of which are locating or building a large, strong facility and securing that facility. You also must find housing for all the employees and secure them in some cases, which includes a contingent of US Marines who guard it. Completing the move could take years and not be completed until Trump’s second term IF he is allowed or lives to have a second term, but the alleged plan is to “officially” do it even before it physically occurs. – Unquote
.
Top of page
.
.
.
.
—-

This talk is a repetition of the North Korean threat to the U.S. and what President Trump should urgently do. In addition it is also a warning to the President – he might need to learn a bitter lesson soon.
See also: torahthinking.com.
.
Top of page
.
.
.
.
—-

This talk is about the continuation of “Midah keneged Midah”: Israel is being threatened by Iran, and President Trump is ignoring it. That’s why the U.S.A. are threatened by North Korea.
Because Trump doesn’t keep his promises towards Israel (e.g. move of the embassy from Tel Aviv to Jerusalem, G-d is punishing Trump with NK which is an existential threat to the U.S.
The recent murder attack on the Temple Mount demonstrates that Abbas (HAMAS) is a liar an Islam will never make peace with the Jews.
Measure for Measure, a Godly principle.
See also: torahthinking.com.
.
Top of page
.
.
.
.
—-

This talk is about the continuation of “Midah keneged Midah”: Israel is being threatened by Iran, and President Trump is ignoring it. That’s why the U.S.A. are threatened by North Korea. Measure for Measure, a Godly principle.
See also: torahthinking.com.
.
Top of page
.
.
.
.
—-

(Video published 28-MAY-2017) President Trump and the Beginning of the Messianic Process | The 21st Century , by Rabbi Mendel Kessin:

This talk is about the return of Esav/Esau to take part in the tikun/rectification process that will culminate in the coming of Mashiach/The Messaiah.
Where I certainly don’t agree with M.Kessin is that “Yeshu”, how Kessin calls Yeshua (Jesus), is the “Gilgul (reincarnation) of the bad Esav”! Otherwise the video is most informatory from a spiritual point of view.
See also: torahthinking.com.
.
Top of page
.
.
.
.
—-

In this talk he speaks of the Almighty’s use of the famous and powerful ‘measure for measure’ principle (found throughout the Tanakh) at the level of nations and world conflicts. His message is very profound.
President Trump’s 2nd error: He wants to negotiate peace between Israel (Jews) and Arabs (Ishmael). But: This is not possible. Watch the video to understand why.
.
Top of page
.
.
.
.
—-

Words of Terror from Hamas 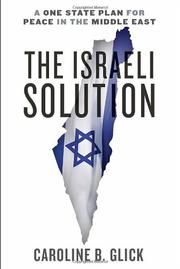