.
.
The Mystery of the Shemitah (Jonathan Cahn)
Comment copied from chabad.org/library/article_cdo/aid/562077/jewish/Shemitah-101.htm: Solar Eclipse to coincide with Elul 29 / September 13, 2015. …So, the last day of the Shemitah is September 13 (Elul 29) in 2015, which is also the Feast of Trumpets (Rosh Hashanah). There is a partial solar eclipse that day visible in southern Africa and Antarctica. Two weeks later on 28 September 2015 (Succot – Feast of Tabernacles) is a total lunar eclipse (sometimes called a Blood Moon for its reddish hue). Interestingly, six months earlier exactly on Passover (April 4 2015) there is another total lunar eclipse. Two weeks before that is a total SOLAR eclipse on March 20, which is 1 Nisan (the day Israel left Egypt in the Exodus). 2014 has total lunar eclipses exactly on Passover and Tabernacles. So, four blood moons and two solar eclipses that land exactly on six Jewish Holy Days, with no other lunar or solar eclipses occurring during that time frame. Coincidental? Or, could these be signs of something incredible about to happen? Matt Allen (Arkansas City, KS, USA)

Shemitah (Shmitah) web definition: The seventh year, during which the fields were to be left fallow (Leviticus 25:1-7) and debts released (Deuteronomy 15:1-11) [is called in] Hebrew Shemitah (“Release”). The seven years are counted in the cycle of fifty culminating in the Jubilee [see below] and are known by tradition. The year 2000/1, for instance, [was] a Sabbatical year. In order to avoid the cancellation of all debts, a serious hardship in our commercial society, the device was introduced even in Talmudic times of handing the debts over before the end of the Sabbatical year, to a temporary court consisting of three persons, the debts then being considered to have been paid to the court beforehand.

This year (2014-2015) also marks a Shemitah year, starting on September 25th. This is the seventh year of a 7 year cycle. Many also believe that the following year, will be the 50th year if the 7×7 cycle, the Yovel or Jubilee year: “You shall count for yourselves seven sabbaths of years, seven times seven years . . . a total of forty-nine years . . . And you shall sanctify the fiftieth year, and proclaim liberty throughout the land and to all its inhabitants . . . (Leviticus 25:3–10) 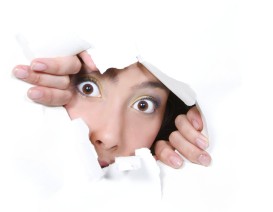