Text received from the author of the website TorahOfMessiah.org 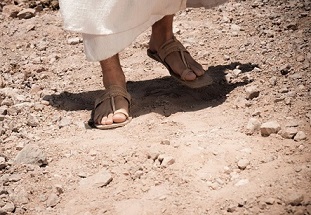 I have arrived at the firm conclusion that Pharisee Judaism (PJ or rabbinic/Akiva Judaism aka today’s Orthodox Judaism) is every bit as idolatrous as Christianity. Indeed, I sincerely believe that when the facts are weighed, it is more idolatrous!

1. The Hebrew Bible (Tanahk or “Old Testament) is NOT the actual holy scripture of PJ. Clear, irrevocable proof of this is seen by simply listening to (or reading) what rabbis quote. They quote from rabbi statements found within Talmud and numerous other rabbinic writings FAR more often than from scripture. Indeed, referencing varous rabbis is THE overwhelmingly dominant evidence or “proofs” used in their teachings! Even if they do quote from scripture they often change or in other ways distort what the passages clearly say in order to align them to their biased teachings. This is a fact which anyone can discover simply by listening to their audios, watching their video material, or reading their books.

2. By primarily quoting and teaching from non-biblical sources they directly usurp the words of YHVH with the teachings of the rabbis. At the very least they equate them to YHVH’s words. This is a fact.

3. A fundamental teaching of PJ is that it is forbidden to differ with or doubt the teachings of their revered “sages”. This is a fact. Even those who may dishonestly deny this fact would still strongly discourage anyone from daring to question the rabbis.

4. PJ teaches that a majority opinion of a group of selected rabbis is THE final authority on any matter, and that even a bat kol (Divine voice from Heaven) cannot overrule their decisions. This is also in fact a basic PJ teaching.

The reason for this is because, as some rabbis readily admit, PJ teaches that once the Torah was given to Israel from Mt Sinai it ceased to be YHVH’s Torah and became their Torah. Thus, since it is allegedly their’s now, they can add to, remove from, or interpret it however they wish.

5. At places of “Torah” study (yeshivas) they largely study Talmud, midrashim (rabbi opinionated interpretations), RAMBAM’s Mishneh Torah, the Tanya, and numerous other rabbi-authored writings. In other words, at the very places where they falsely claim to be studying scripture, they actually study what the rabbis teach, not what YHVH teaches. The Tanakh is not their focus of study. This is yet another sure fact that is easily verified by anyone caring to do so.

Therefore, when these facts and more I didn’t list due to the length of this post are considered, it is an undeniable, obvious fact that PJ elevates the profoundly biased invented teaching of rabbis – particularly their most revered rabbis – ABOVE the teachings found within the true holy scripture.

THE GODS OF RABBINIC JUDAISM ARE THE RABBIS! It is effectively a polytheistic religion with rabbi Akiva as their chief “God”. It literally and undeniably elevates the teachings of men ABOVE the teachings of YHVH.

The only thing it doesn’t do is claim that it’s false gods are the Creator, which Christianity does claim regarding “Jesus”; however, it directly usurps scripture with the teachings of its sage-gods far more than does Christianity. Christianity severely distorts and misinterprets, but PJ does that and more by openly and unapologetically usurping scripture as a standard practice over and over and over.

Pharisee (Rabbinic) Judaism is idolatrous. Period. Full stop. Anyone who denies that is either deceived, doesn’t know what PJ teaches, agrees with and is covering up for their idolatry, or is being disingenuous. I could provide more proof, but I’ll save that for possibly a new article on my website. It is a despicably corrupt faith system in many ways.

I come to my above-stated conclusion after over 2 decades of study which included hundreds, possibly thousands, of hours listening to or viewing audio lectures and videos, and reading thousands of pages of rabbinic writing.

The problem is that the rabbis do an excellent job concealing the “dead men’s bones” within the “whitewashed tomb” of rabbinic Judaism which appears lovely and clean.

Matthew 23:27–28 (AMP):
27 Woe to you, scribes and Pharisees, pretenders (hypocrites)! For you are like tombs that have been whitewashed, which look beautiful on the outside but inside are full of dead men’s bones and everything impure.
28 Just so, you also outwardly seem to people to be just and upright but inside you are full of pretense and lawlessness and iniquity.

Tragically, many so-called followers of Yeshua fervently adore and support rabbis, even becoming their advocates and defenders while seeming to forget or reject their Yeshua-hatred and almost the entirety of Yeshua’s words regarding them, such as in Matthew 23 and elsewhere. Many messianics excuse their errors or often even embrace them, particularly the elitism and rabbinic takkanot and gezerot (added or altered positive and negative commandments).

All most people usually hear or see is comparable to the outer veneer or surface of what appears to be a beautiful structure built by seemingly wise, humble, and knowledgeable rabbis. Often it is simply weekly Torah portions and general mussar (ethics and behavioral teachings). It may also include some d’rabbanans (rabbi dictates with takkanot/gezerot), basic midrashim, maybe in rarer cases hashkafa which includes elemental Kabbalah, etc. Some of it is very useful for understanding scripture; thus, many people wrongly extrapolate upon the limited information they encounter by assuming all of it is. However, few people, including even practicing Jews, dig deeply into what constitutes the true foundations of that corrupt rabbi-invented idolatrous faith.

Rabbis teach that the “sages” removed idolatry from the world, which is proven ridiculous by considering the widespread idolatry that remains. What the “sages” actually did was invent an authoritarian faith system that positions them as the new idols. THEIR INTENT WAS TO BECOME THE IDOLS – the Gods to be revered and obeyed! Sadly they succeeded with naive people who carelessly outsource their eternal destiny.

Ultimately, after the second Temple destruction they designed a new faith system which insured their words, mitzvot (commandments), and general manmade torah (torah = teaching or instruction) would replace those of YHVH from that point forward while guaranteeing for them the unopposed tyrannical power they so lustfully desired (and still lustfully desire).

Over the centuries they have not hesitated to zealously expand upon their treachery while defining their sage-gods as mythological figures using countless fanciful stories and histrionics.

I’ve dug deeply for truth. I’ll keep digging. What I’ve found and continue to find convinces me beyond doubt that Yeshua was far more correct in his firm rebukes of the Pharisees (modern rabbis are their descendants) than most people can possibly imagine.

Pharisee Judaism, or as it is commonly known, Orthodox or Rabbinic Judaism is unscriptural, two-faced, unloving towards anyone other than Jews, profoundly elitist (labeling non-Jews as a lesser human species with a grossly diminished soul similar to talking animals), disrespectful of true Torah, viciously Yeshua-hating (many rabbis – possibly most – even say he is eternally boiling in human feces in something analogous to hell), and generally in many ways an altogether different faith system than the one Scripture defines.

It should be noted that Matt 23:3 as shown in most versions is WRONG, and that should be noted on your site in my opinion. That error leads a person to a completely erroneous conclusion and conflicts with virtually every other passage dealing with the Pharisees.

It is now universally accepted by honest scholars that Matthew’s gospel was originally written in Hebrew and translated (sometimes poorly) into Greek by Christian scribes possibly not well versed in the Hebrew language. Any errors were then continued as copies of copies of copies of the resulting defective Greek gospel were made. As proven by Nehemia Gordon, various discovered Hebrew versions of Matthew correct the passage to read:

Matthew 23:2–3 (NRSV):
2 “The scribes and the Pharisees sit on Moses’ seat; 3 therefore, do whatever they he (Moses) teaches you and follow it; but do not do as they do, for they do not practice what they teach.